Algeria’s National Motorway Agency ANA (Agence Nationale des Autoroutes), which is in charge of the construction of the new infrastructure, after 7 years of work and 11.4 bn dollars spent, has almost completed its first megaproject, the construction of the East-West Motorway (1,216 km long), which runs from the western border with Morocco to the eastern border with Tunisia, connecting the country’s three major cities along the way: Constantine (Eastern lot), Algiers (Central lot) and Oran (Western lot). Approx. 121 km of the Eastern lot now remain to complete this infrastructure.
This is the most important infrastructure project ever built in Algeria.
ANAS,through ANAS International Enterprise, is responsible for the Site Supervision of the Eastern lot of the Motorway (399 Km).

ANAS International Enterprise was awarded an international contract, as part of a temporary association with the Italian-based companies ITALCONSULT, INCO and STE, and has been providing Site Supervision services (BSC - Bureau de Contrôle et Suivi) since August 2008.
In this role, it has also demonstrated control of a stretch of the road surface with its test and evaluation vehicles (TSD), and software, arousing the interest of the ANA for their extensive application in evaluating the quality of the works after their completion.

The Site Supervisory activities proved an important challenge for the ANAS - led grouping, which has deployed almost 500 persons – mostly Algerian technicians and engineers. Today, about 200 of the 399 km of the Eastern lot have been opened to traffic.

Anas International signed a contract with the Hellenic Asset Development Fund for surveys on the road pavement of the Egnatia Highway. The surveys will be carried out on a road section of about 1900 km which includes not only the Egnatia highway but also three vertical connections to important centers of Hellenic Peninsula.“This new contract in Greece”, declared Bernardo Magri’, CEO of Anas International – “despite its relatively modest value, has a considerable strategic importance”. As a matter of fact...

Concession of highway in Guatemala

The selection of partner is open. Anas International short-listed for the concession of the Escuintla – Puerto Quetzal highway, South section, in Guatemala. Anas International is one of the 5 companies short-listed for the refurbishment, management, operation &maintenance, ancillary works and tolling of the South section of the Escuintla – Puerto Quetzal highway. The tender is promoted by ANADIE, the National Agency designated to define and grant contracts for those projects selected by CIV (Ministerio de Comunicaciones, Infraesructure y Vivienda) that contribute...

Libya - After a long stop, AIE resumes the activities for the Ras Ejdyer – Emsaad highway, the structure crossing the entire country and connecting the Tunisian and the Egyptian borders.The contract awarded to PMC Mediterraneum, the consortium led by AIE has a value of 125,5 mill/€ and a foreseen duration of 72 months.The construction of the highway is included among the works foreseen by the Treaty of Friendship signed in 2008 and recently resumed by the Italian Minister of...

AIE in Uruguay with President Mattarella

Anas International Enterprise was a member of the selected delegation of Italian companies that accompanied President Mattarella in his official visit in Uruguay. On this occasion Anas International Enterprise took part to high-level meetings with local representatives, confirming its interest in working in the Country. As a matter of fact AIE and CND (the National Authority for the Development of the Country) have recently signed a technical, economic and financial agreement for the development of transport infrastructures. The agreement, that...

AIE signs an agreement in Argentina

Armenia workshop at the Ministry of Foreign Affairs and Cooperation on highway business opportunities. 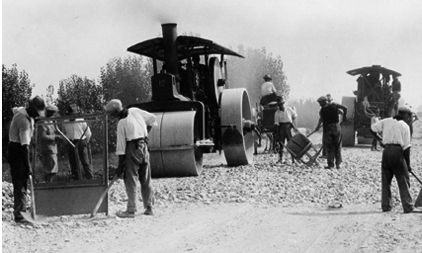 In 2005 Anas began operating on foreign markets providing engineering services to Ministries, Road Authorities and private companies as a consultant or potential partner for the planning, design, maintenance, supervision and control of road and motorway networks.